The countdown to Christmas commenced on Saturday 12th October with the first of three Arena league matches!

The A team travelled to Kendal to take part in the North West Division 1 league fixture against teams from Buckley, Prescot, Satellite (Macclesfield), Blackburn Centurions and Garston.

In an exciting match we saw swimmers competing in 50 events split between four age groups (11/under, 13/under, 15/under and open) and comprising of both 50 and 100 metre individual events and relays.

As always team spirit was excellent with plenty of cheering from poolside from both team members and supporters.

First to swim was the 2019 season girls team captain – Lucy Handford – in the 100m IM, followed by Kyle McKenna. In event 3 Caitlin Wolstenholme and Emily Wade swam 50 metre ‘pb’ times in the 50 metre freestyle relay and in event 4 we watched three of our youngest swimmers to make the team (Rhys Pownall, Seth Gregson and Tom Jepson) swim well against the older boys.

We were soon in the mix with two convincing wins from both the girls and boys 13/under medley relays followed by further good relay swims by the older swimmers.

When the first set of scores was read out we were in the lead by 1 point from the team from Prescot.  Spurred on we recorded some great swims in the individual events with wins for Olivia Ballard, Ethan Roberts competing in his first team event for Barracudas, Pia Murray, Jack Hepplestone, Hannah Morris and Emily Wade with a second place and ‘pb’ for Amelie Elliott and a determined 50 metre butterfly swim from Oscar Arkwright.

As the night continued the lead swopped between us and Prescot with Barracudas 4 points behind going into the last set of relays.

Further great and determined swims followed with ‘pbs’ in the relays for Tom Jepson, Ella Blundell and Tom Arkwright and with the final length of the night swum by the boys captain – Matt Houghton – we all waited nervously for the results!

With some great swimming from all competitors we secured first place with the final points shown below:

The team return to Kendal on Saturday November 9th for round two. 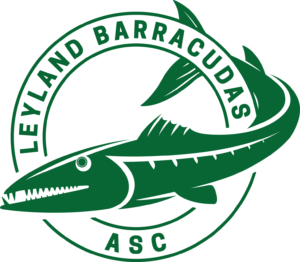